Rise in serious injuries on UK roads
Concerns are growing due to a rise in serious injuries occurring on the roads of Britain. Statistics recently released by the Department for Transport showed that 25,160 people were either killed or seriously injured in the twelve months leading up to September 2016. This represented a year-on-year rise of 6%. There were 182,560 casualties in total, which was a 4% fall on the previous year.

Types of accidents
The statistics gave a breakdown of the types of road accident. Of these, car occupant killed or seriously injured (KSI) casualties rose the most. These were up by 10% to 9,480. Pedestrian KSIs rose to 5,480, up 3%. Motorcyclist KSI casualties rose by 5%, standing at 5,650, whilst pedal cyclist KSIs went up by 2% to 3,430. 2,070 KSI casualties involved children. This was a rise of 8%. However, child pedestrian KSIs were down to 1,260, a fall or 2%. Child casualties of all levels of severity remained around the same as the year before at 16,080.

“Truly shocking”
Figures were also released to detail the number of injuries occurring in the final three months of the year, from July to September. Whilst 450 people were killed, with the number remaining around the same level as the same three-month period the year before, KSI casualties rose by 8%, up to 6,920. KSI casualties rose for all groups over the same quarter, including motorcyclist, pedal cyclist, car occupant, pedestrian, child and child pedestrian KSIs. There was a 22% rise in child KSIs between the three-month period and the same three months the year before. The RAC called the figures, “truly shocking”, saying more needed to be done to understand why the increases has occurred.

A 7% rise in deaths
The number of deaths on British roads during the second quarter of 2016 rose by 7% from the previous year, with KSI casualties rising by 3%. The TTC Group, a road safety trainer, suggested the rise could be due to drivers making “fatal mistakes” and encouraged more people to read the Highway Code. The Road Safety Minister Andrew Jones argued that the country still had “some of the safest roads in the world”, but said the Government was “determined to do more”. He said the Government had brought in bigger penalties for mobile phone use whilst driving and clamped down on drug-driving. He added that the THINK! road safety awareness campaign was educating people about dangerous driving.

New mobile phone laws
Drivers are no longer able to take a course to avoid licence points after being caught using phones on the road. The number of points given to motorists caught even touching their phones whilst driving has been doubled to six. Pete Williams of the RAC said “no call, test, post or tweet” was so important it could not wait. New drivers face having to retake their theory and practical tests if they are caught using phones as they are not permitted to amass six points during their first two years on the road. 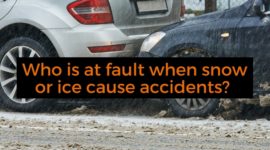 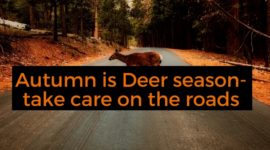